So Trudeau is a Pseudo Fascist, Just Like Harper

So Trudeau is a Pseudo Fascist, Just Like Harper

To my Liberal friends sorry, but voting and supporting Bill C51 in any way shape or form is a deal breaker for me.  Welcoming Ex-Police Chief, Bill Blair into the Party and have him for an MLA in Ottawa shows even more bad judgement.  Look I was willing to give Trudeau a chance, I was willing to wait and see what he would deliver,... What he is willing to deliver seems be nothing more than a watered down version of Harper.  Thanks but no thanks.

I voted for the NDP only one other time in my life, and that was done because I could not stand Iggy (Iggy was my MP in my riding at the time), I certainly wasn't going to vote for the CPC clown who could even get his CPC scripted talking points out with out crib notes to read from.  The Green Party Candidate was a place filler who didn't know his arse from a hole in the ground.  So that left the NDP.  I hated voting for him, but he was the only intelligent one of the lot.

This time around I will be looking very hard at the NDP and Green Candidates in my Riding.  I will not even consider voting for the Liberals or CPC, both those parties are dead to me. 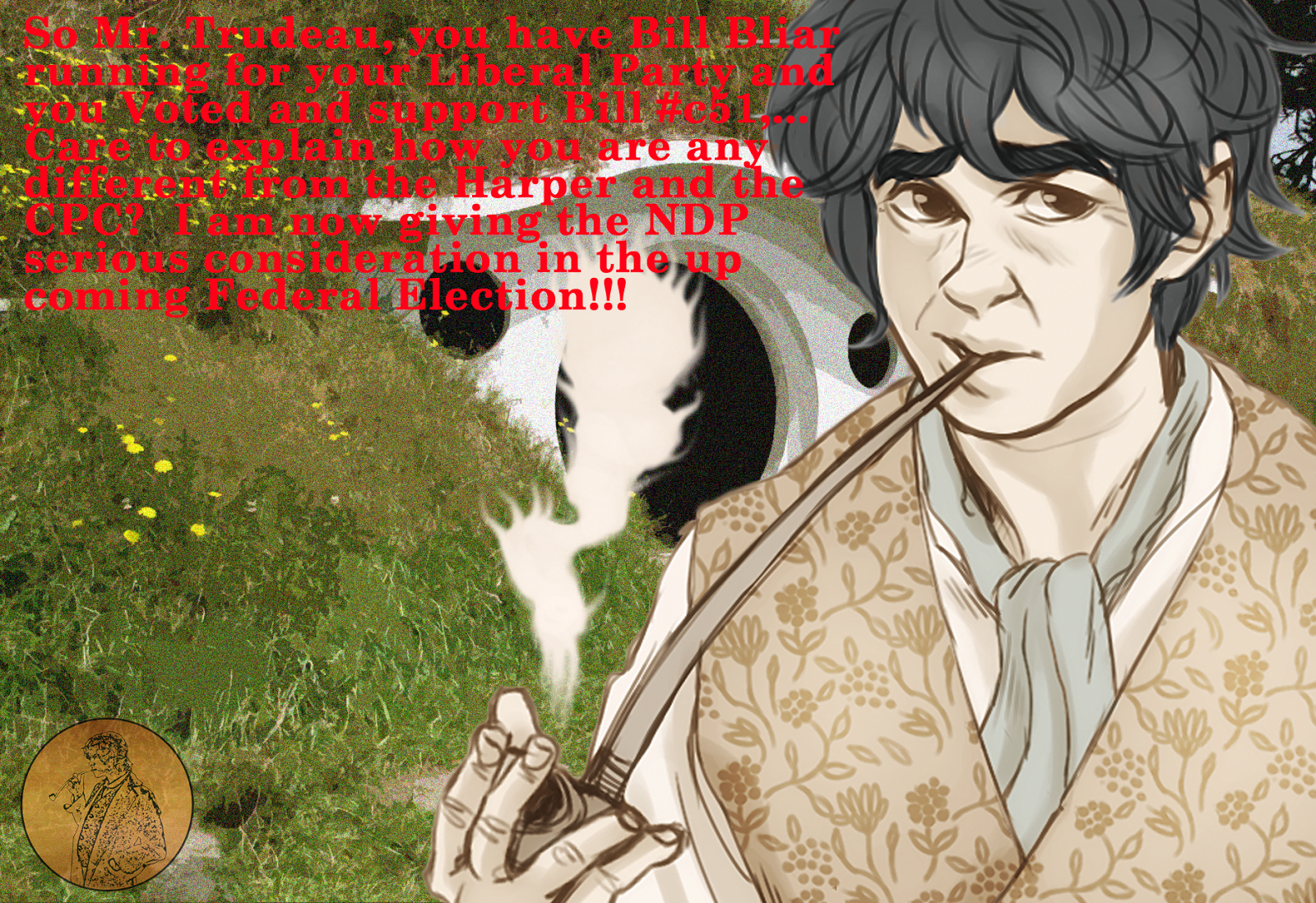