The Harper Government and CPC/Government lawyers who oppose Omar Khadr bail release was based on one single objection, that his bail release would jeopardize USA/Canada relations and US/Canadian treaties.  THAT'S IT!  Not that Omar was at risk of fleeing, not that he was at risk of re-offending, not that Omar was going to blow up Canadian Cities.  Their only objection was that if he was released it would risk US/Canadian diplomatic relations.  So what does the USA have to say?

The U.S. State Department says the release of former Guantanamo Bay detainee Omar Khadr would not harm diplomatic relations between Washington and Ottawa, one of the main arguments federal government lawyers are making to keep the 28-year-old behind bars.
“No,” a department spokesperson told the Toronto Star Friday when asked if his release would have any impact. “The United States has a close and co-operative relationship with the Government of Canada. We maintain continuous discussions on a broad range of issues, including security.”


Well that should end it right?  Nope I would not count on it.  I think the Harper Government doesn't want Omar free, where he can talk freely to the press, because what he might have something to say could be very damning of the actions of the CPC, Liberals, RCMP and CSIS and how they knowingly and willingly violated his rights and freedoms.  Yes people, even prisoners have rights and freedoms and if we do not respect those rights and freedoms even when they extend to most low and unworthy, then do not be surprised when yours are violated and there is no one left to defend them. 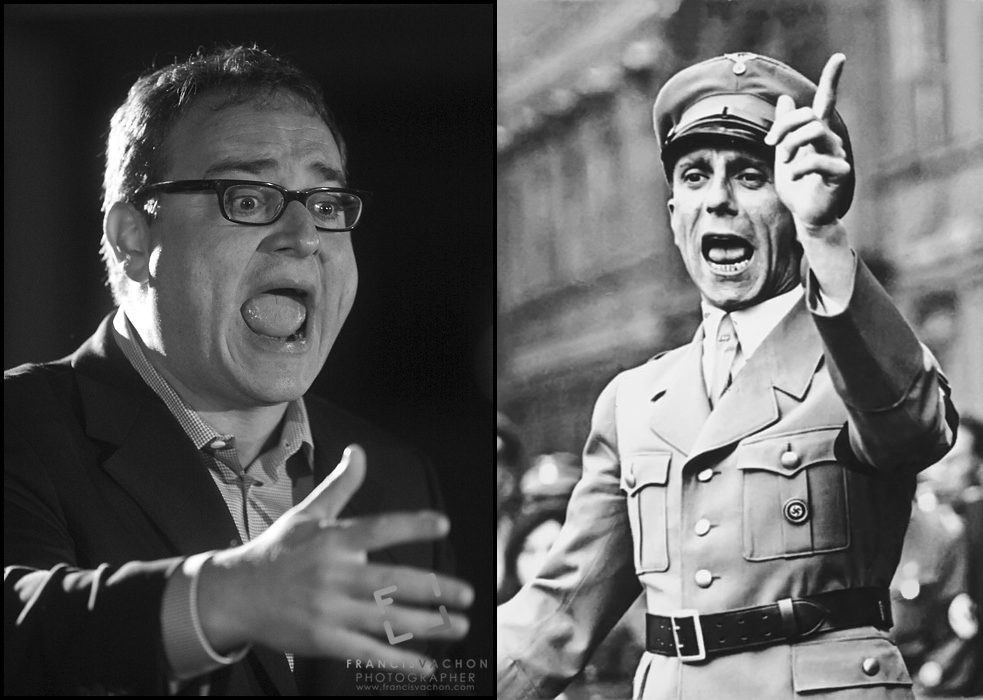 That being all said and done, there are some very serious issue surrounding Omar's trial and conviction, lets just put it this way, if the trial had been done in a normal Civilian Criminal Court of Law, huge amounts of the "evidence" that was used against him would have been thrown out.  Several of the charges would have been dismissed out right.  Of course you will not hear about these facts from Ezra Levant, Ezra is nothing more than paid propagandist for the CPC and Oil Industry in Canada and regularly makes shit up or lies by purposely omitting the truth and facts.  Please sue me Ezra! Cause I can back up each of these claims beyond a reasonable doubt (criminal level of proof, not civil level of balance of probability).  Ezra Levant is the modern day Joseph Goebbels of the RWNJ, Joseph Goebbels was the Fascist Propaganda Minister for Nazi Germany, Ezra is the Pseudo Fascist Propaganda Spokesman for the Harper Government and Free Market Big Energy/Oil Industry Oligarchy here in Canada.  The comparison is valid and fair.  Godwin's Law does not apply.  Ezra has made several videos about Omar "These are the Facts,..." Series, which are amazing devoid of facts, oh Ezra will pontificate about the facts he wants out there, but he never ever talks about all the facts. Also let us not forget Ezra has been sued more than any Reporter/Lawyer for defamation than I think anyone in Canada, well it certain seems that way.  He has been pulled in front of the Canadian Bar several time (I think there is one case right now), Ezra has been caught making crap up so often that it is safe to say that anything he states in public needs to fact checked first, and until then, it should not be given any weight until it is verified by independent sources.

At this point, if the Harper Government continues to object to Omar's bail release it is now firmly in the realm of Malicious Prosecution and those are grounds for a civil law suit people.  I say Omar should sue, he should sue Harper, the CPC, their Lawyers and Ezra.  He should seek maximum damages and not give an quarter. Now I have no idea if Omar and his lawyers would do this or not, but don't be surprised if they do, they definitely have the grounds now.